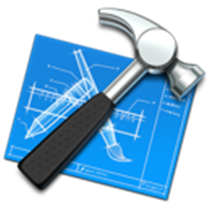 The principals and associates of The Refactory, Inc. are innovators in the practice of Software Tool development.  Several of these powerful tools have set the industry standard in their field.

The Principals and Associates of The Refactory, Inc. are the inventors of modern refactoring. Professor Ralph Johnson and Bill Opdyke, PhD coined the term refactoring in Dr. Opdyke's dissertation. Don Roberts completed the second PhD in the field with Professor Johnson. John Brant and Dr. Roberts created the Refactoring Browser, which was the first commercial refactoring tool for VisualWorks Smalltalk and laid the foundations for all modern refactoring tools. The browser has now been integrated into Cincom Smalltalk's VisualWorks® development environment.

SmaCC (Smalltalk Compiler-Compiler) is a freely available parser generator for Smalltalk. We have used SmaCC to write custom refactoring and transformation tools for several languages including Java, C#, and Delphi. These tools range from small scale refactorings to large scale migration projects. For example, we have used SmaCC to migrate a 1.5 million line Delphi program to C#.

SmaCC was developed under VisualWorks 7 and Dolphin 6.0 Professional by John Brant and Don Roberts. While it currently only runs on these platforms, it should be relatively easy to port to other platforms.

SmaCC can be downloaded here.